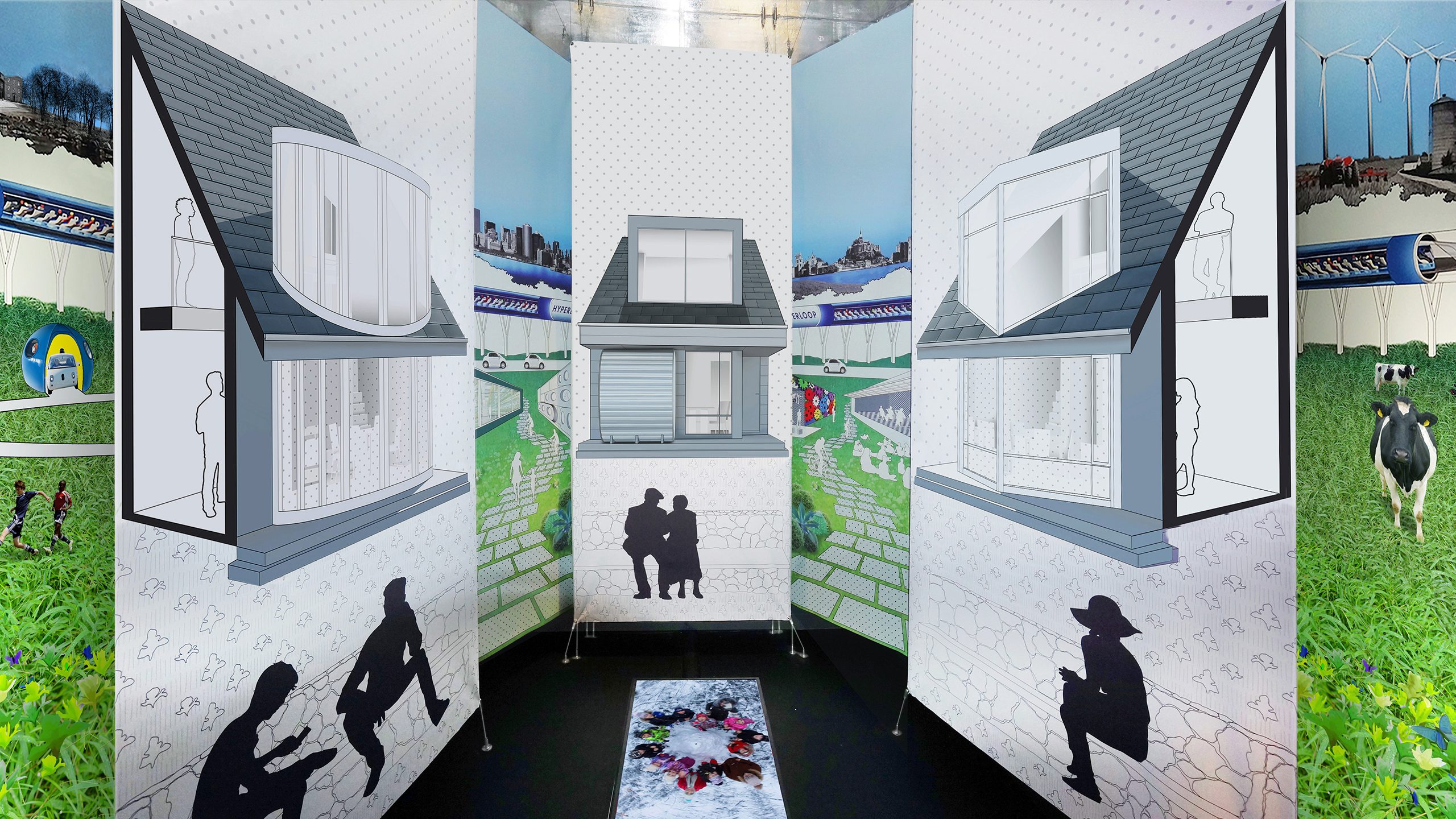 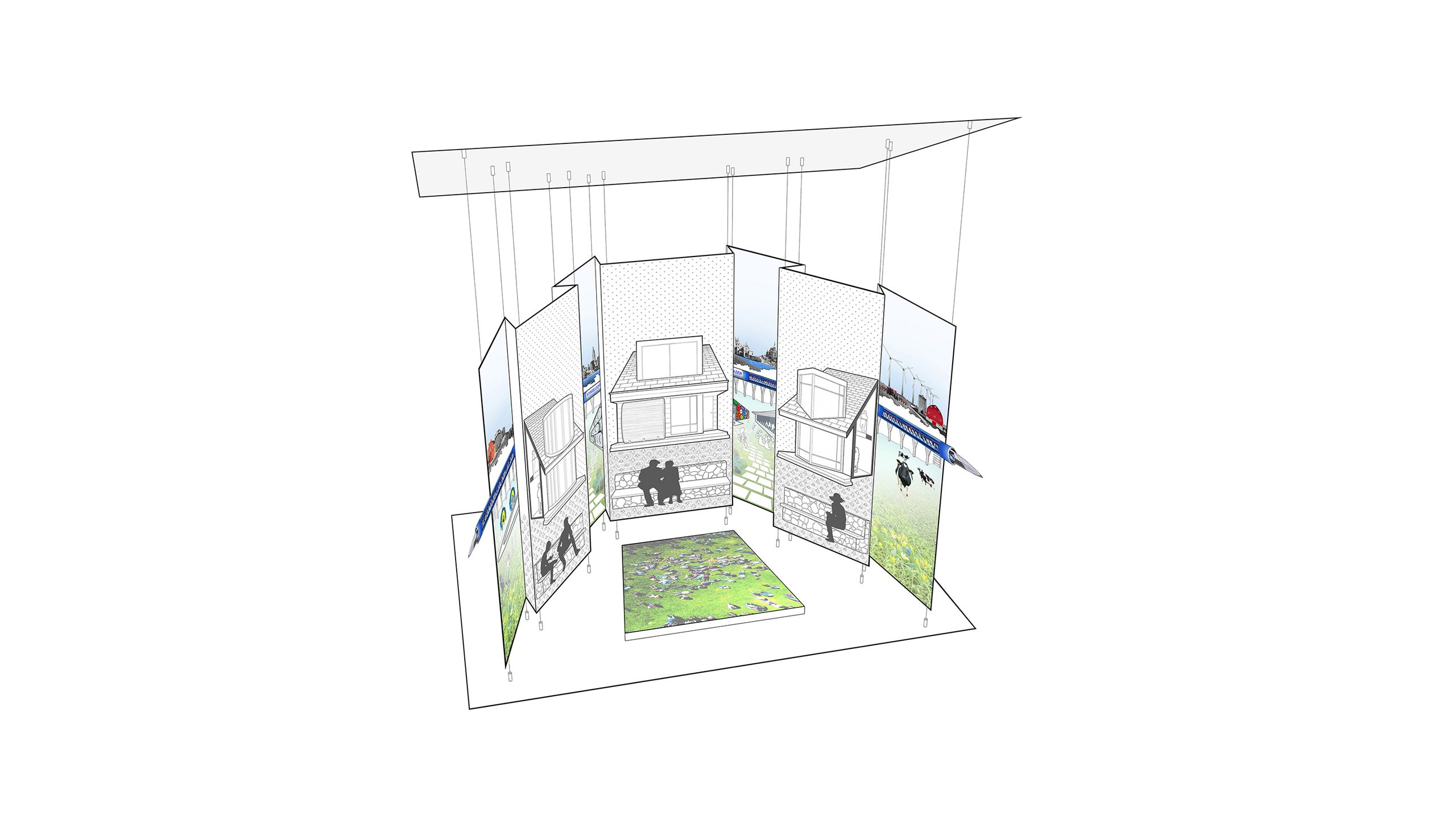 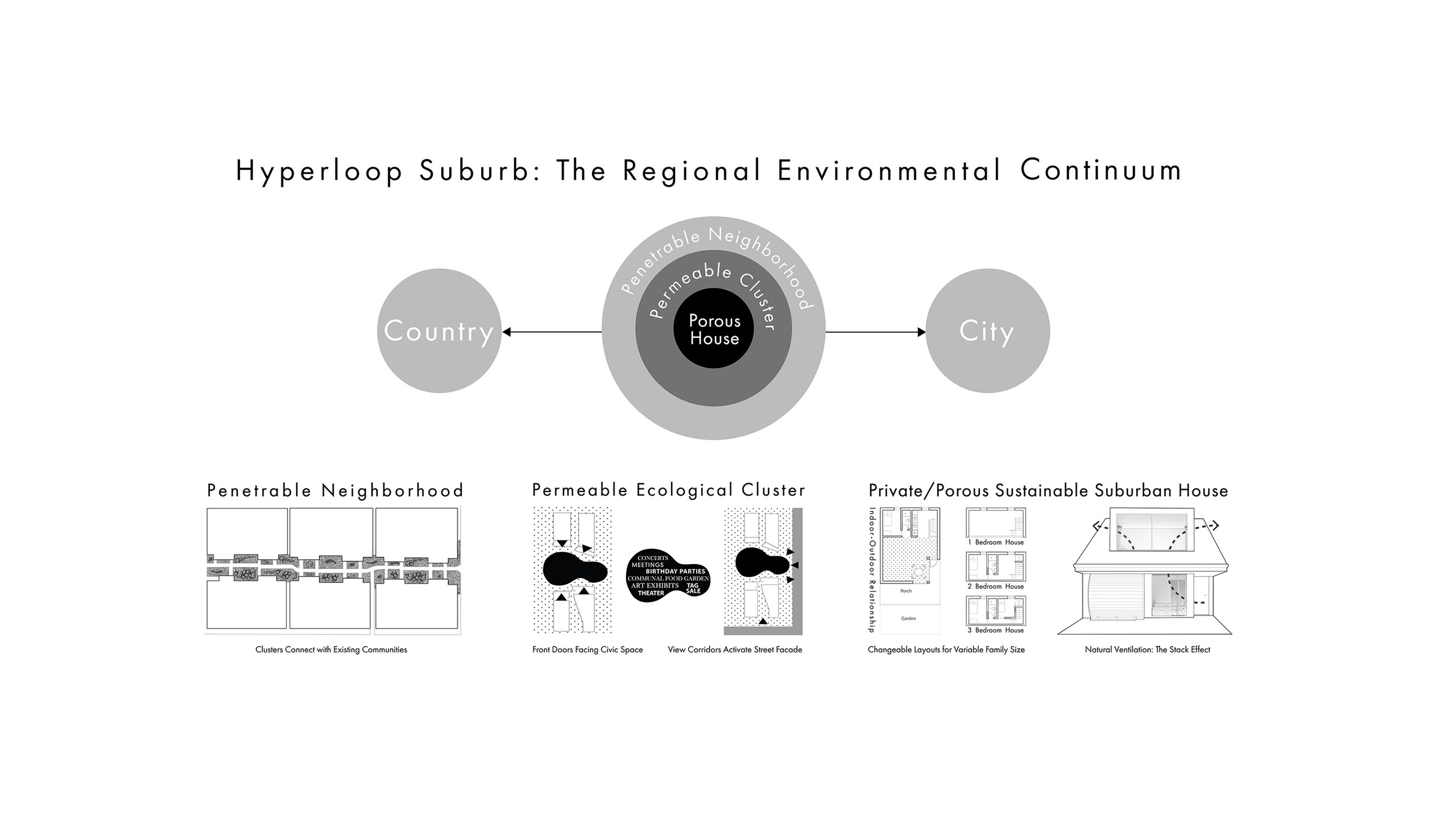 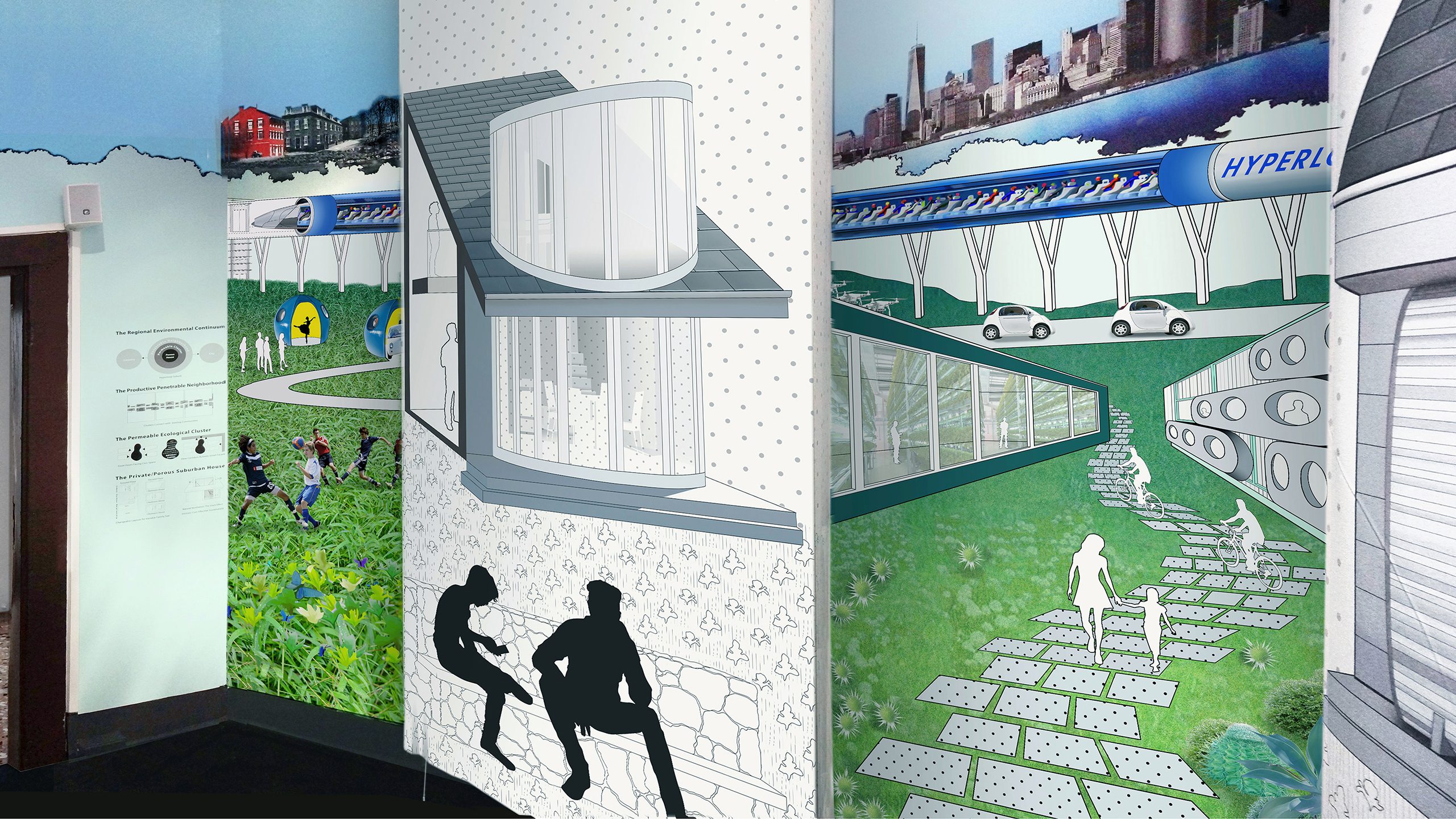 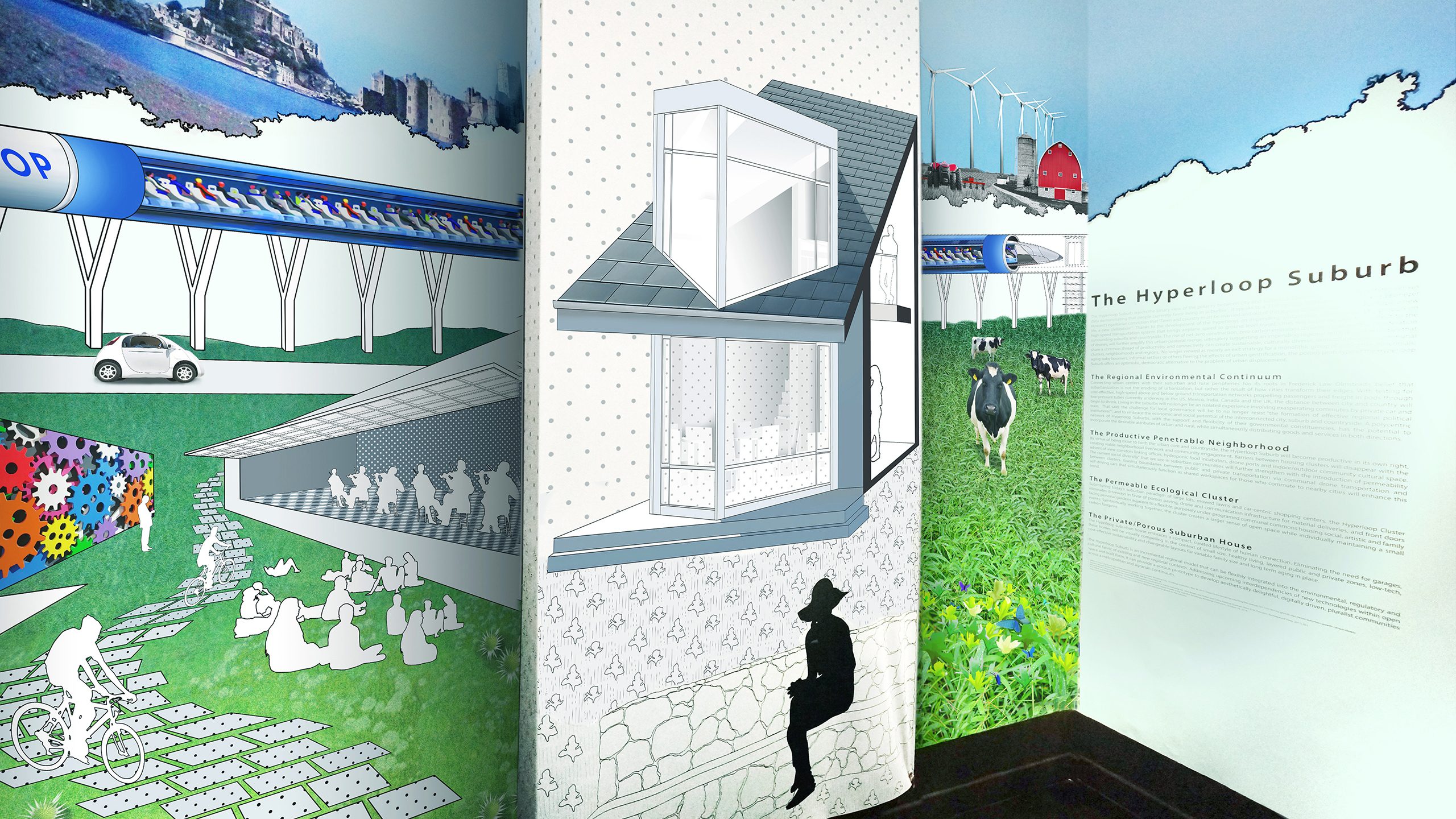 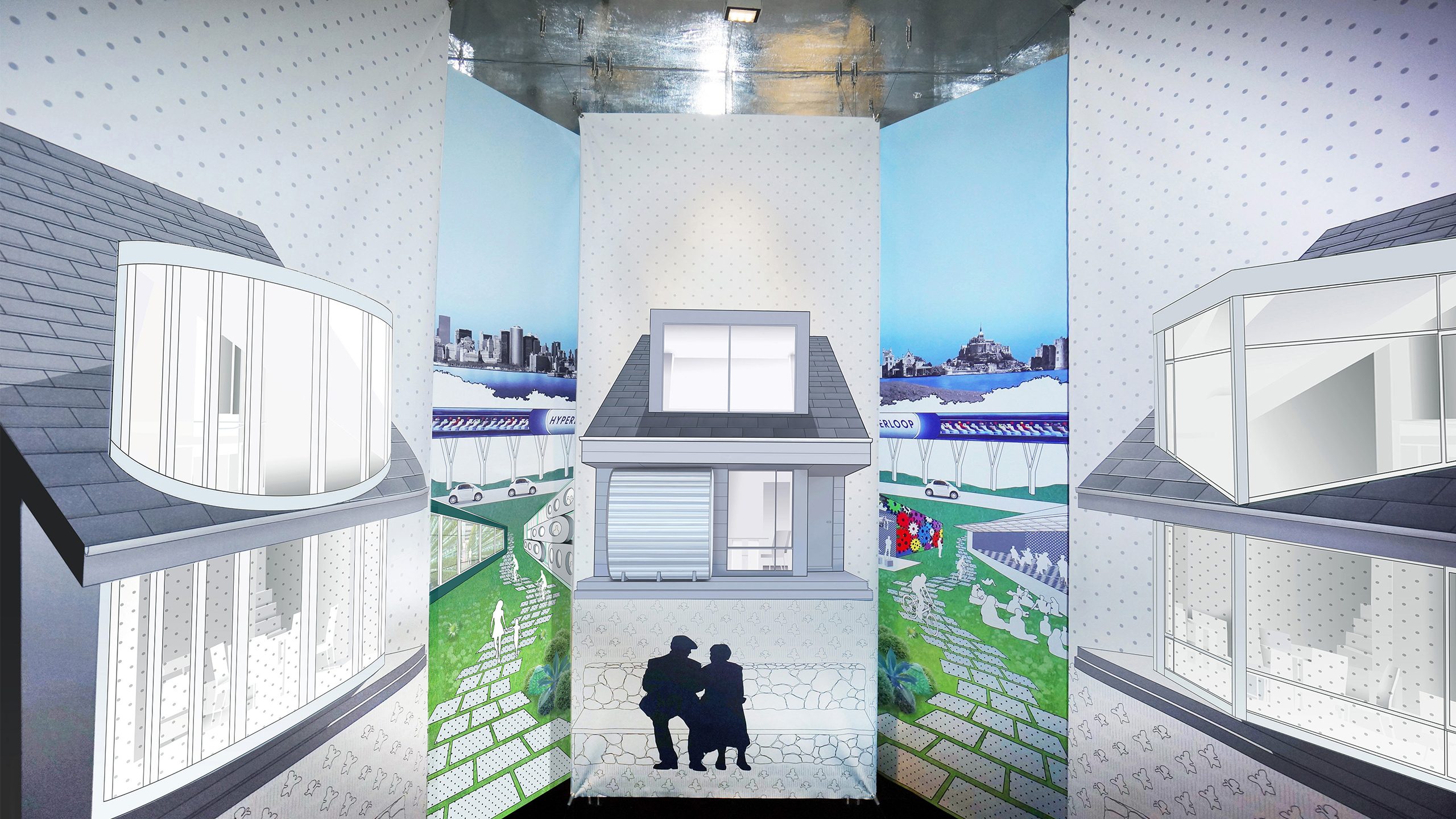 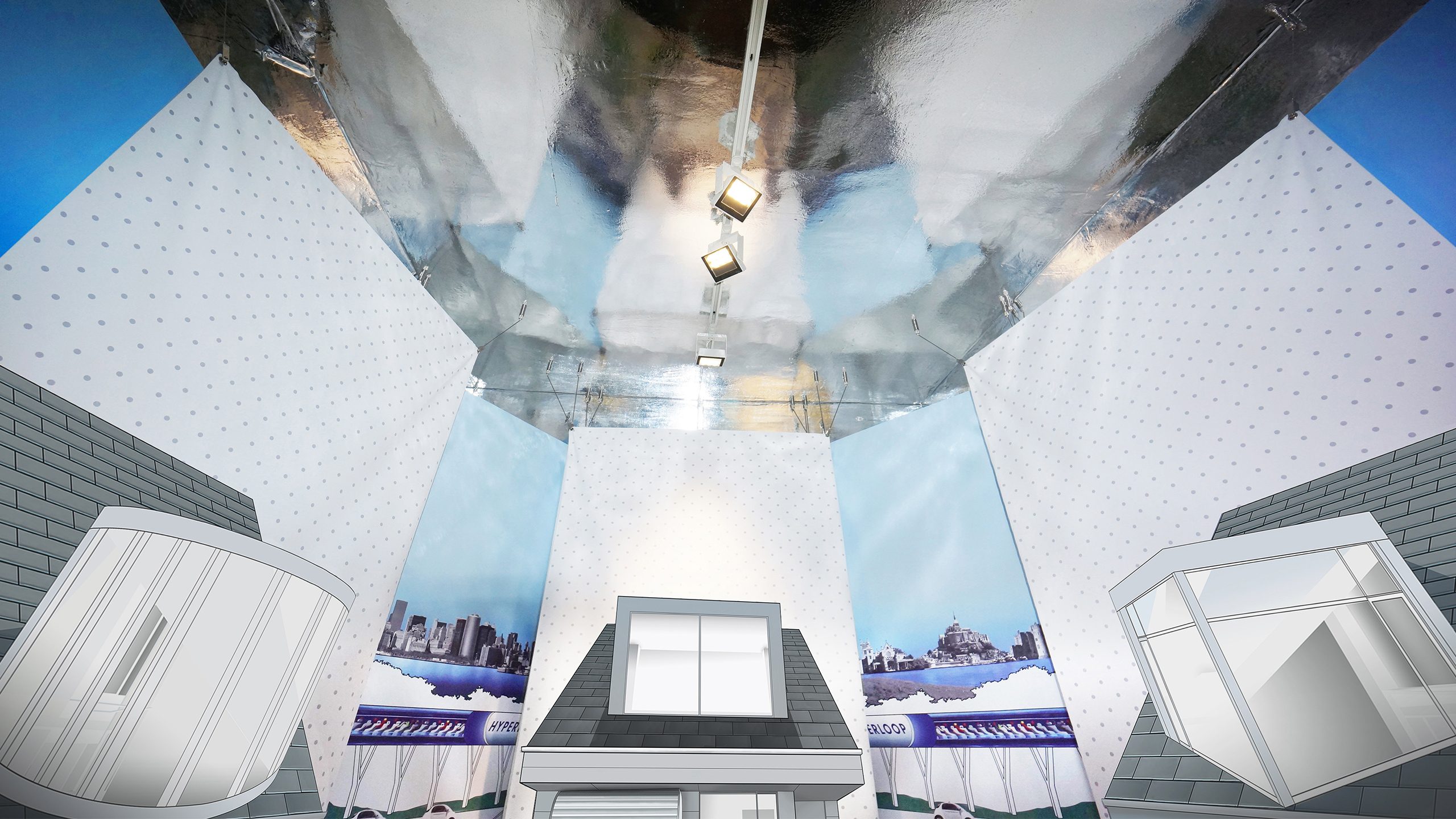 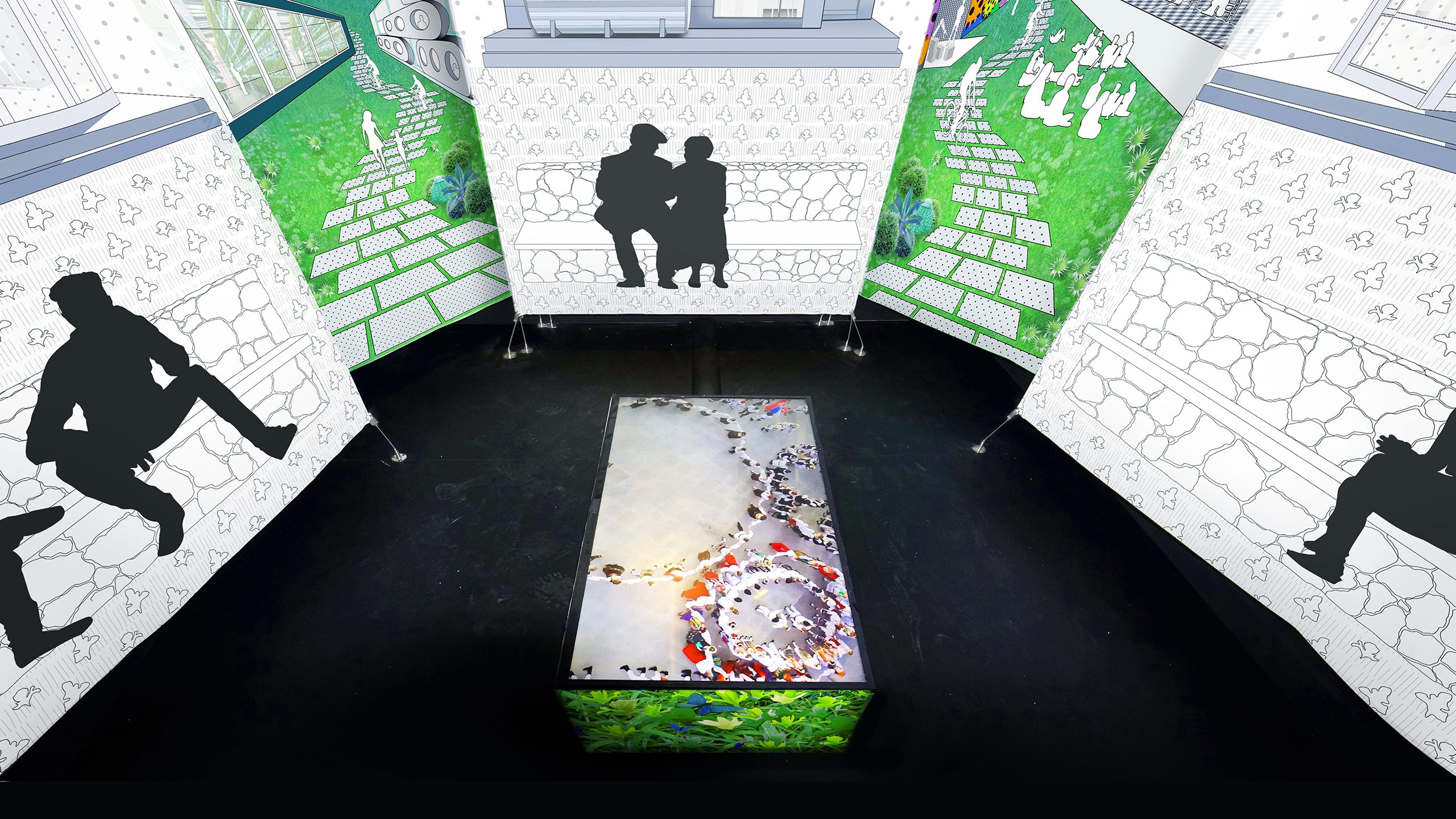 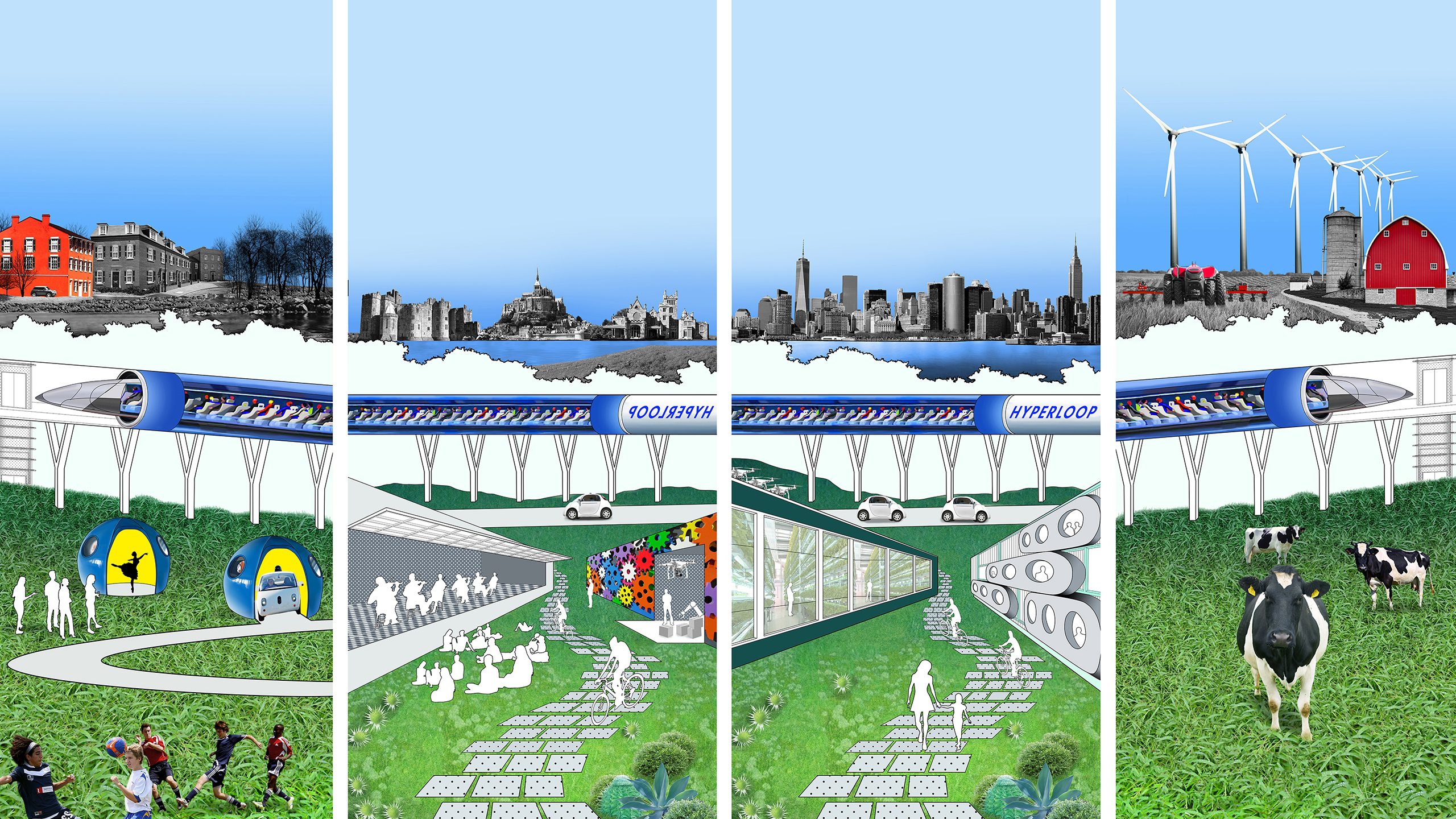 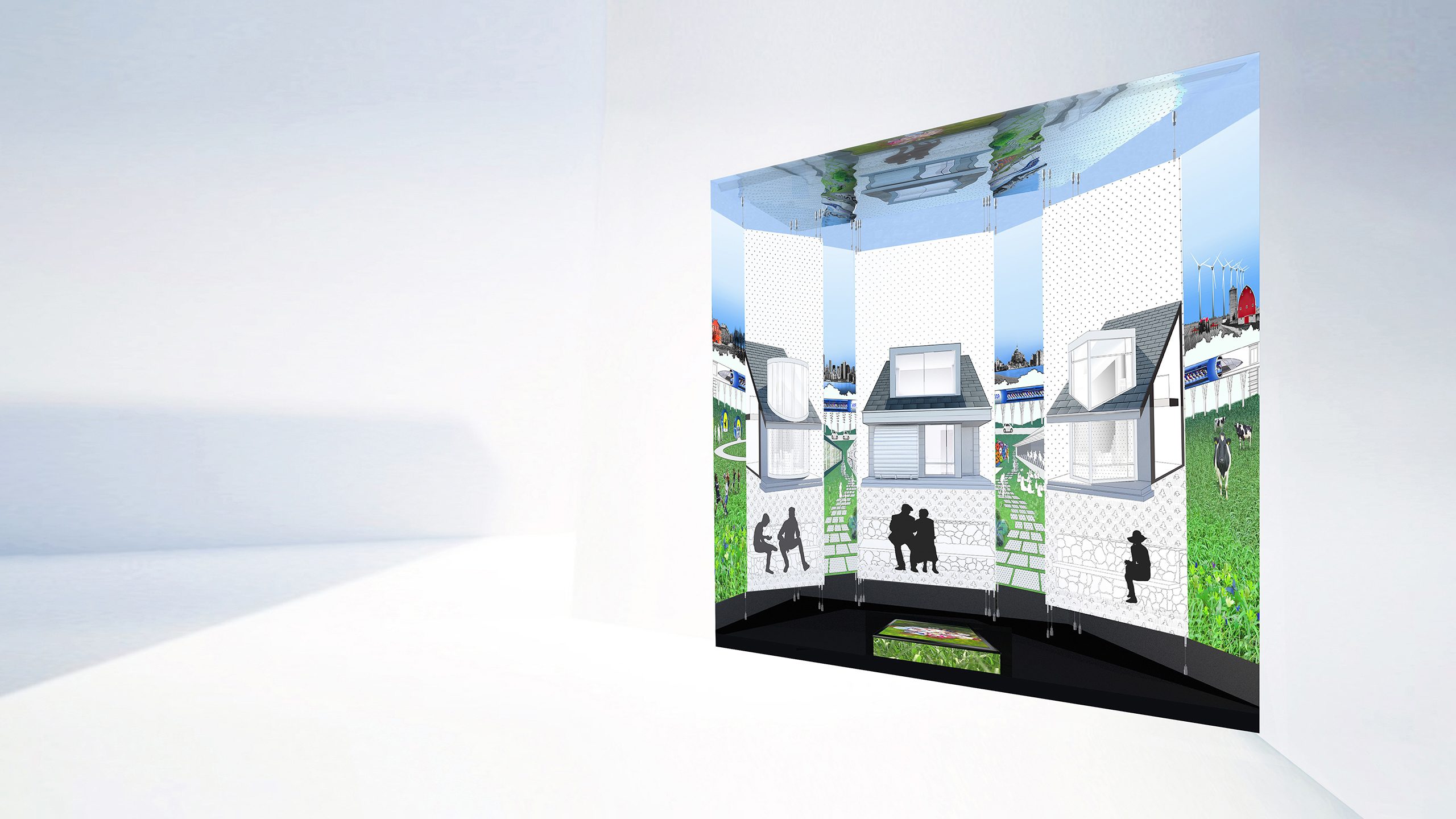 Suburbs are sometimes thought of as dystopian, insulated places. The Hyperloop Suburb, a speculative, experiential installation at the 2018 Time Space Existence biennial exhibition on display during the 2018 Venice Architectural Biennale, explores whether innovations in transportation can breathe new life into these liminal spaces. Bringing airplane speed to ground level travel, a hyperloop is a high-speed system capable of closing the distance between the city and its rural periphery. Situated between the urban and pastoral, suburbs can potentially be at the center of an impending regional re-think, raising the critical question “How do we want to live”.

The exhibit rejects the binary view of the polarity between city and suburb. It speaks to a 21st century re-look at the regional environmental continuum, the productive penetrable neighborhood and the permeable ecological cluster. Toward that end we offer the Hyperloop Suburb as a wake-up call to all involved in the transportation arena to simultaneously consider the broader civic implications of current technological exploration.